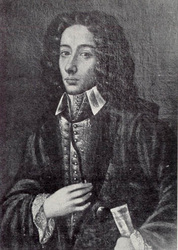 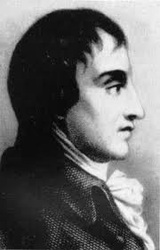 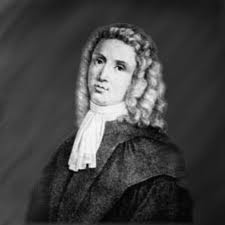 Hello! And welcome to the world of Giovanni Battista Pergolesi.  In this website, we will take you on a journey of a life riddled with art, talent, forbidden love, loss, and tragedy. Pergolesi was not a talentless man by any means but rather an extraordinary composer with great versatility and an exceptional ability to switch from genre to genre, a skill in which all the greatest composers must master. Even though he only lived to the age of 26, his accomplishments in music composition heavily influenced musical literature throughout the centuries.  Pergolesi is still recognized by many scholars today as being one of the most important composers of the sixteenth-century.  However, even though he is widely regarded as a brilliant composer, there should be a distiction between the legend of Pergolesi and the real Pergolesi.

Truly the stereotype of the tortured artist, Pergolesi was no stranger to death.  By the time he was 20 years old, he had already lost his three sibilings, both parents, and his stepmother.  Unfortunately, as his sickly childhood would suggest, he would only outlive his family by six years. However, it is not the amount of time spent on the earth that counts, but how you spend it; and Pergolesi spent his last six years bettering and forever influencing the world of music by composing.

Despite his trials and tribulations at the beginning of his life, his career flourished beyond anyone’s expectations. He was what one would consider to be a prodigy. His musical talent unmatched at such an early age allowed him the remarkable and once in a lifetime opportunity to study violin and composition under the direction of some of the most accomplished composers of his time at the Conservatorio dei Poveri di Gesu Cristo in Naples.  As fate would have it, the majority of his compositions -whether they be sacred or operatic- were not given the recognition they deserved until after his death.  In fact, it was not until after his death that people really began copying and signing Pergolesi's name on works just to sell more music.  This has proved to give modern musicologists a bit of a challenge determining which manuscripts are authentic Pergolesi compositions and which are copied or fake.  And so the story continues…